The Berlin-based artist, known for her lively painterly compositions, is the subject of an exhibition this week at the Waldorf Astoria

Working predominantly in painting, Berlin-based artist Alina Maria Schütte emphasises the material aspect of the medium. Her abstract large format paintings are rooted in an examination of her personal creative process and an expressive application of paint. Originally from Gdingen, Poland, where she attended the Academy of Sculptural Arts, Schütte has developed a unique painterly practice whereby she applies pulp as a raw material to her canvases. The effect is one of fluidity and movement: the pulp fragments create a sense of flowing three-dimensionality and atmospheric energy.

Colour is integral to Schütte’s work: her arresting canvases are punctuated with smudges of crimson and dripping magenta, damp puddles of pale blues and greys, a wink of yellow here and there. Her current exhibition is based on a yearlong study of new abstract forms of expression.

“It is the small, fleeting moments out of my life that I attempt to capture and transport,” Schütte says. “The images were supposed to be light, transparent and open as well as pure, wavelike and boundless. Yet during the process of painting itself my current life and sensory perception found their way into the works in an almost automatic manner.”

Having worked in Hannover for several years, she relocated to Berlin in 2012, where she has realised several projects in relation to the city and its bustling environment. In addition, her work is frequently inspired by the orchestral pieces from Richard Wagner’s operas, resulting in effervescent arrangements on canvas, crossing over music and art. Her lively work has been exhibited in Paris (Galerie de Nesle, UNESCO Paris), Luxemburg, Vienna, the Kunstverein Hannover, as well as in galleries in Hamburg, Munich, Bayreuth and Berlin.

It it with great pleasure then that SLEEK announces Alina Maria Schütte’s latest exhibition, opening at Berlin’s Waldorf Astoria on 11 April, Bilder Einer Ausstellung, showcasing the artist’s recent work. The opening evening will include music by the Blechbläser-Quintett of Berlin’s Symphony Orchestra, who will play the promenade from “Bilder Einer Ausstellung” by Modest Mussorgsky. 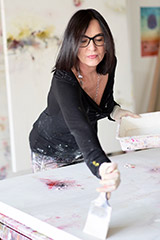 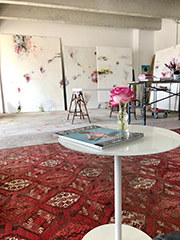 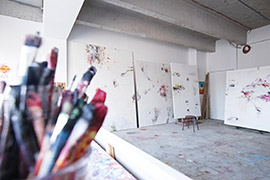 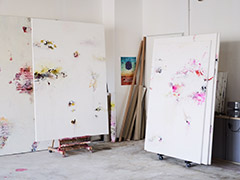 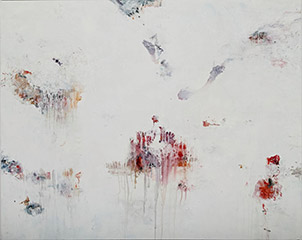 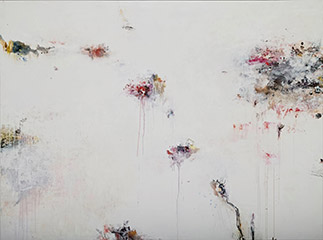 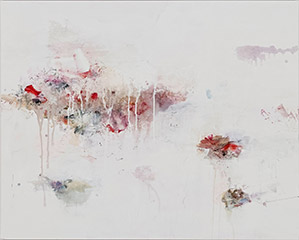 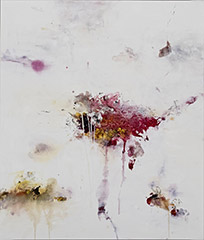 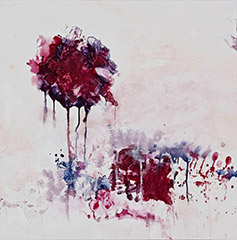 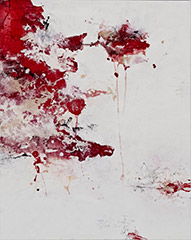 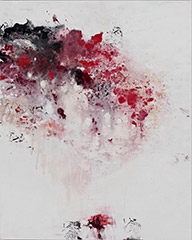 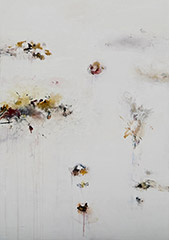 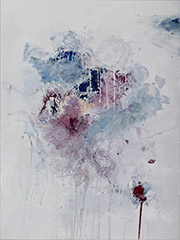 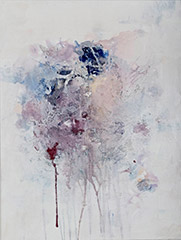 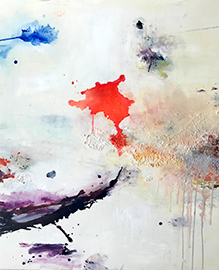 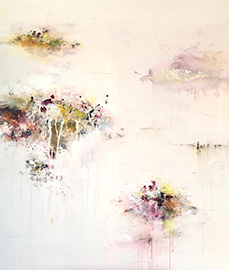 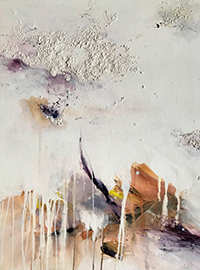 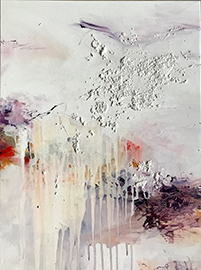